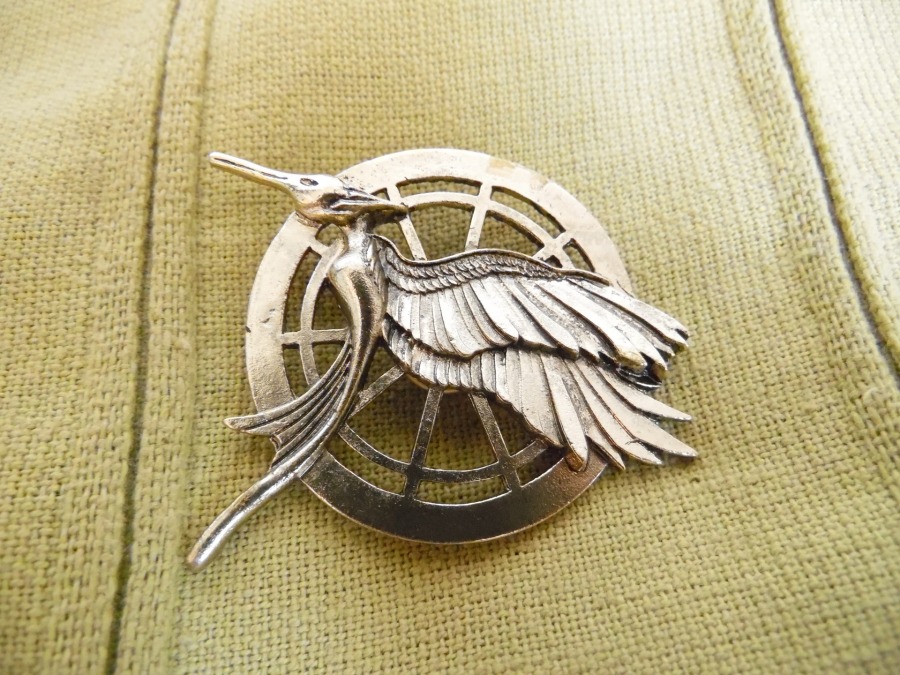 It was the perfect idea.

Create a scenario in which those at the bottom fight against each other. Take the ‘small’ people – the poor, disenfranchised, misaligned, misrepresented, maltreated, oppressed, minority – and make them believe they are each other’s enemy. Make them fight, to the death even, in this false belief that the enemy is beside and below them, not above them.

While the ‘have not’s’ of the world kill each other off with words and actions, the real enemy happily goes on their way, making decisions, wielding power, completely protected. The people at the top of the heap just watch the spectacle in luxury. The ‘have’s’ of the world pull strings, set policy in motion, take more resources, all the while making the rest of us believe that our neighbor is the enemy.

Sounds like a great plot for a story – and it is. But like all good fiction it contains some truth. Suzanne Collins imagined a world in which teenagers literally fight to the death in an oppressed system to shield those in power from recrimination. In her second book of the Hunger Games series, the heroine Katniss Everdeen sees enemies in everyone she encounters, even those who would be her allies.

Katniss Everdeen has been chosen by fate, her own self-sacrifice, and the will of powerful people to represent her community in a fight-to-the-death Gladiator-style annual event.

Katniss stands, nervous and scared, preparing to enter the arena to either loose her life or take others’ lives. Her coach, Haymitch Abernathy, says to her in his final advice,

“Remember who your real enemy is.”

Later, while fighting against anyone and anything in her path, confused about who to believe and who to kill, she finds herself hearing those words again. This time, the words come as a signal of friendship from her competitor, Finnick Odair. She has her bow pointed at him. She believes him to be her enemy. He is in the arena with her. He must be the person against whom she is fighting. She is about to kill him when he reminds her of this important truth. They are not fighting each other. They are fighting the one in charge. The Capital. The people with wealth and power and privilege who placed her in these life-or-death circumstances in the first place.

We find ourselves in a similar dilemma in education today. It may not be a fight to the death, but it’s a fight for our children’s lives and future. We have been tricked into fighting amongst ourselves instead of facing the real enemy: those in power who wish to keep the education system failing.

But all I know is that while we educators squabble over what to do in the coming weeks and months with the precious children in our care, there are those in power who are planning for the fate of education in the coming years and decades.

I’m talking about those specific people, institutions and companies who continue to profit from the failing of our public school children.

Those who would love to see Covid-19 change education, but change it for the worse.

Right now, we are arguing teacher to teacher, institution to institution, and state to state on whether or not to open schools full time in the middle of the COVID pandemic. While this issue is about reopening schools, it’s bigger than that. Think of the politician who uses an international war to cover up questionable practices at home. Think of someone using a larger disaster to hide their own illegal or damning choices.

Making the choice to have in-person or online schooling for the 20-21 school year is not a black-and-white choice. It’s not this or that.

Let’s start with people in my position.

I am a teacher. I have school-aged children. I am the primary bread-winner in my family. I have to go back to work. Our mortgage depends on my salary. I don’t have the luxury or the choice to quit work because I’m being asked to go back to an unsafe situation. I also don’t have the luxury to risk a strike and not receive a paycheck. At the same time, I don’t have someone who can keep my children at home while I am at work. It is not a choice for me to enroll them in online learning while I go to in-person teaching. To complicate things, if we go to some sort of hybrid-model with phasing kids in and out of school, reducing the number of children that are in a classroom at any given time, my own children will be excluded from that model. Since I have to work full time, my children will be forced to go to school full time, because, again, we have no one to watch them consistently while I am working.

So, how do I support my family while also keeping us safe and healthy?

I’m not alone in this scenario, and I’m actually on the better side of this continuum. There are teachers who are single parents, teachers who have outstanding bills they can’t pay, teachers who for whatever reason cannot quit but also fear returning to work under these circumstances.

Next, let’s consider the plight facing millions of children.

At this point, with the school year looming, parents able to quit their jobs, stay at home and adequately monitor online learning for their children, have (generally) already made the decision to stay at home. So the children hypothetically going to in-person school next month are those whose families HAVE NO OTHER CHOICE.

There are parents who need school and daycare in order to survive. Parents who have to work in order to pay their bills and feed their children; who might not have the adequate network or resources for child care while they work. It’s not only an issue of the greater economy. It’s an issue of those struggling daily to just get by. In the spring, families received a bit of rent relief and a tiny check to help things. But now, with August looming, some are facing repayment of those missed rent payments, or a renewal of rent payments that were delayed, food, utilities, and everything else that goes into living.

In addition, if we transition to online learning, who monitors that learning? Who aides students with disabilities? Or students and families with limited resources, money and time? We find ourselves back at the end of last school year, where huge populations of children miss educational opportunities because they lack the capacity to learn from home.

It seems that to keep schools open is to condemn students and teachers (without a choice) to exposure to COVID, or worse. But if we transition to online learning, we risk an increase in the opportunity gap through the lack of resources. It’s a damned-if-you-do, damned-if-you-don’t situation.

This is school segregation on a deeper, larger, more unprecedented level than ever seen before.

This article demonstrates this exact dilemma.

How do we care for our children, their educational opportunities, their social and emotional needs, but at the same time don’t put them at a greater risk for COVID?

Teaching in-person or teaching virtually this fall both have their HUGE setbacks, consequences, benefits, and pitfalls. But we are fighting with our neighbors, our colleagues, and allies over this issue.

It’s time we stop fighting amongst ourselves about what school looks like next month and focus on the powers and people that are really driving this doomed vessel.

The CARES Act is providing aide for schools loosing funds during this crisis. My school district, for example, is experiencing a 5% budget cut. The CARES funding replaces some of that money for the 20-21 school year. But the kicker is –

There is no guarantee that our 5% budget cut will be returned to us the following school year. And, at that point, we will no longer be receiving the CARES Act funding.

This means that we face a budget cut for this year, and then a larger one the following year. I can’t speak for certain, but I’m willing to bet that a lot of other school districts are in the same position. Some districts are in a worse position.

Secretary DeVos and President Trump have made hollow threats to withhold federal funding from schools and districts that do not open to full time in-person instruction. (Even though they technically don’t have this power.)

Let’s fight against those who have created this situation.

Please stop fighting other teachers about their choices facing them with teaching this fall. We are not the enemy. We are all trying to do the best we can. Remember who the real enemy is.