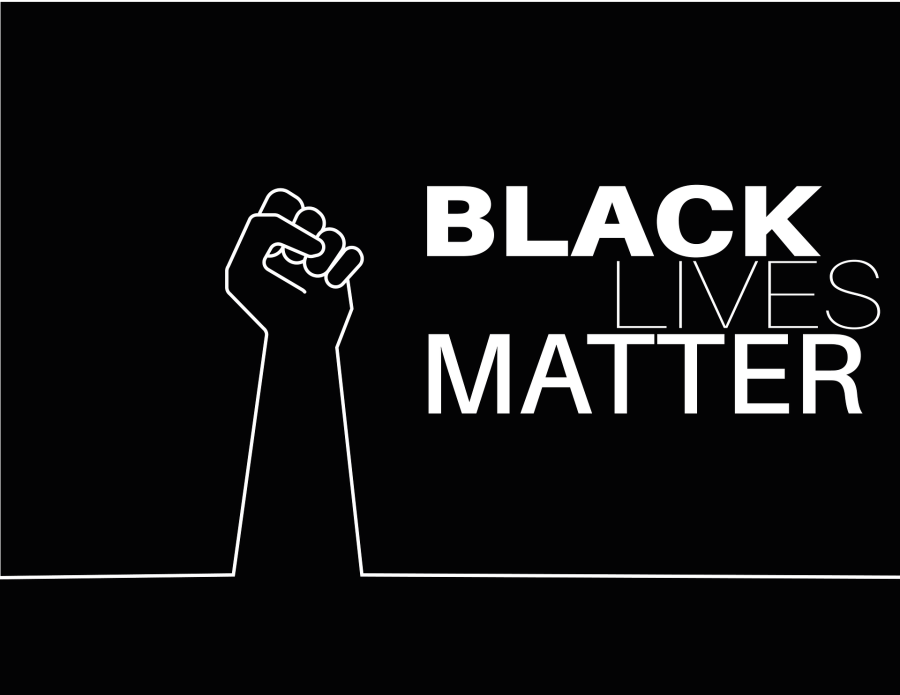 (And what I now say instead.)

I was raised in a Christian home.

I was taught to love everyone and treat them all the same.

I have a best friend/boyfriend/coworker/neighbor/close acquaintance who is a person of color.

I could go on with seemingly innocent phrases that White people (myself included) say in response to the Black Lives Matter movement. Words that excuse us from blame, paint us in a good light, make us feel better.

Words that “prove” I’m not racist, so therefore I’m not a bad person.

But these words ultimately keep the Black community from progressing. They keep the status quo of racist ideas and policies. I’ve said a lot of things to assuage my feelings about the state of affairs in our country. Below are the five phrases I’ve touted the most, and why I don’t say them anymore.

You may take issue with this. I did at first. You may say, “Are you saying that some human lives are more valuable than other?” No, and yes. The issue has to do with the explicit and implicit ways in which Black bodies are in danger.

I’m not just talking about a police officer being more likely to use lethal force on a Black man than on a White man. I’m talking about a full system approach to Black lives and bodies. The fact that “African Americans are 25% more likely to die of cancer than Whites” (Kendi, 2019, pg. 22). And that a disproportionately large amount of people of color don’t have medical insurance, or access to the basic health care that the majority of Whites have access to.

I’m talking about when doctors prescribe live-saving medication more frequently to White patients than to Black patients with the same symptoms.

I’m talking about the multitudinous ways that bias shows up in the different treatment of Black bodies over White bodies. (For research on these topics, go to Hidden Brain Podcast by NPR. Listen to The Air We Breathe and People Like Us. For more in-depth discussion about these matters, listen to the episode A Decade of Watching Black People Die by the NPR podcast CodeSwitch.)

White lives are implicitly protected and matter in ways we don’t even realize.

It’s time we give Black Lives the same implicit grace we give everyone else.

The Color-Blind attitude is a popular one. I held that view myself for a long time. I thought I was doing the world a favor by claiming that I don’t see the color of a person’s skin when I’m interacting with them. I just see a fellow human.

The problem with the “color-blindness” attitude is that it’s a national form of gas lighting.

Ibram Kendi, in his book How To Be An Antiracist, says,

“There is no neutrality in the racism struggle.”

Instead of saying I don’t see race, I say,
“I see your color. I see your race. I see racism and I’m going to do my best to fight it.”

This could easily be restated:
I’m poor now, or middle class, or I struggle with money, or I’ve had a difficult life, or I fought to get everything I have, or I’m a self-made man, etc. etc., so therefore I couldn’t possibly benefit from White Privilege.

The only problem with that is White Privilege is not about money.

I don’t know how the word ‘privilege’ got associated with financial position, but it has nothing to do with that. As Kendi says,

“There may be no more consequential White privilege than life itself.”

But I don’t have an added layer of racial trauma on top of all that trauma.

Instead of stating my claim on hardships, financial or otherwise, I say,
“I acknowledge the privilege my white skin gives me. It does not diminish the hardships and struggles I’ve had in my life, but I recognize my White Privilege has been a silent factor helping me all along.”

For more about my discovery of my White Privilege, go here

4. (To a Black person) Tell me, as a middle class white woman, what to do to help the fight racial inequity.

I really said this, and during a Q&A meant for people of color at a social justice conference, no less. After the Q&A session, a kind soul came up to me and explained why this question (and the implied attitude) was wrong. She also very patiently but firmly explained why this session was not the appropriate time for me to ask a question like that.

A light bulb went on in my head. I walked through the rest of that conference in dazed humility. I had so much to learn.

To explain, imagine you’ve just arrived home after a long and stressful day at work. Your spouse, partner, roommate, or significant other, has been at home all day on their day off. The sink is full of dirty dishes. There’s a load of laundry right in front of the washer. Your partner is still in their pajamas. Being a sensitive soul, they get up and see that you are frazzled. They innocently ask what they can do to help. And you blow up.

If you’re anything like me, it would be difficult for you to calmly communicate that if they truly wanted to help, your partner should have already done those things that clearly needed doing (dishes and laundry). It’s an added stress for you to ask them to do those things when you’re already at your stress limit. It’s added stress for you to find the energy and effort to delegate those tasks when the one thing that would really help is for your partner to get up and just start doing the damn dishes.

Asking Black people how we can help Black people is akin to placing more stress on a people already under stress.

Instead of asking people of color to do the hard work of fighting racism while also teaching me how to fight racism, I say,
“I will do the work to find the need. I will teach myself, inform myself, go out there and get my hands dirty to discover how I can help.”

5. I taught in the inner-city and advocated for my students of color, I’ve done my part.

Moral licensing: doing something good to excuse you from doing further good.

“Moral licensing is a non-conscious effect that provides a moral boost in the self-concept, which increases the preference for a relative immoral action by dampening the negative self-attributions associated with such behavior.”

In other words, I did one good thing for people of color so I get to go about my life doing whatever the hell I want. It’s when people black out their social media page for Black Out Tuesday, but then vote for a candidate that increases housing discrimination. It’s when, and I’m speaking of myself here, White people say they have read one book on racism (in all honesty it’s probably To Kill A Mockingbird), so therefore they do not need to take any further action to fight racism.

Malcolm Gladwell, on his podcast Revisionist History, in the episode The Lady Vanishes, discusses the moral licensing inherent in Australia’s election of the first woman Prime Minister, followed by the election of a deeply conservative candidate that undid the country’s forward social progress. Sound familiar? It should. Gladwell also discusses the collective moral licensing of America when we elected Trump right after the historic occasion of electing the first Black president.

Moral licensing says that electing Obama gave us “permission” to elect Trump. We had done the progressive, good deed of choosing our first president of color, so we could go back to our past ways of upholding the inequitable racial status quo.

Instead of resting on the laurels of past good deeds, I say,
“I’m changing my mindset, not my words. I’m not just saying the right thing today, or taking the right action today. I’m changing my entire way of being, thinking, and acting to be an Antiracist.”

I don’t know if these words will change your mind, or change your actions, or piss you off, or make you shout with joy. All I know is that I have to stop saying certain things, and start saying other things instead. Then, and only then, will my mindset, my belief system, be in the proper place to fight this fight.

I, personally, began this journey toward fighting racism with the Implicit Association Test. In my opinion, it’s the best starting point on discovering our part in the fight. I highly recommend that you take the test with an open mind.